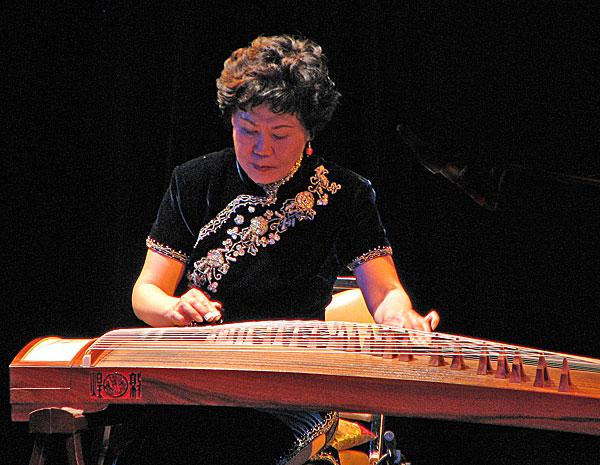 I have frequently heard people criticize various kinds of world music by saying “It’s O.K., but it all sounds the same.” However, I do not take this criticism at face value, because I have heard the same objection, in exactly those words, made against Jazz, Symphonies, Baroque, Rock and Roll, Country music, Bluegrass, and Gospel. This criticism is usually made by people who have made a sincere effort to listen to an unfamiliar form of music, and who believe they are making an objective judgment about the music itself. It seems more likely to me that what they are doing is revealing a fact about the structure of musical ignorance.

Everyone knows that music expresses itself by varying certain qualities of sound in certain patterns, such as melody, harmony, rhythm, and tone color. What is not so well recognized is that every form of music is necessarily simple within certain qualities, so that it can be complex within other qualities. If a listener has developed sensitivity to one set of qualities, and she listens to music that expresses itself mainly in some other quality, she will assume (incorrectly) that what she hears is all that is going on. For example: Symphonic music has extremely complex variations in dynamics (loud to soft) and tempo (fast to slow). This is why a conductor, who plays no instrument himself, is needed to control those two qualities. Most Baroque music has comparatively little variations in dynamics or tempo. When Leonard Bernstein listened to Baroque music as a young man, he compared it to the symphonic music he loved, and all he heard was “a lot of sixteenth notes, chugging along like a train.” It was only when he learned the intricacies of counterpoint that he was able to appreciate the subtle beauty of Bach’s interlocking melodies. Conversely, people who have become sensitive to variations in rhythm ( perhaps through listening to Jazz or other forms of American music) frequently complain that Symphonic music all sounds the same to them, because they are listening for syncopations and cross rhythms, which are almost never present in symphonic music.

Given that this is true, wouldn’t the most sophisticated music be one that puts as much variation in as many qualities as possible? No, for certain kinds of variations inevitably cancel each other out. The tempo variations of romantic symphonies make it impossible to do complex rhythms, because it is impossible to hear a rhythm going against the beat unless there is a steady beat to provide a foundation. It is also impossible to play jazz chords through a distorting rock and roll guitar amplifier, because the amplifier adds harmonics that clash with jazz harmonies. In the hands of a master like Jimi Hendrix, however, this distortion can become an expressive tool that creates tone colors that are impossible to create on a jazz guitar (and impossible to notate in traditional western sheet music.)

Every culture’s music thus makes certain choices about what to vary and what to hold constant. These choices train a sensitive listener’s ear, even when that listener thinks of herself as being “musically illiterate”. When a person hears a new style of music, she naturally tunes her awareness to where she has heard the most musical variation in the past. If this new form of music has little or no variation in that particular region, her reaction to the music will inevitably be “It all sounds the same”. And indeed it does–to that listener. But such a judgment should be taken as a starting point for discovery, not as grounds for dismissal.

To find out more about Teed and his music go to:
http://www.bollywoodgharana.com

Copyright © 1998, by the Multicultural Music Fellowship